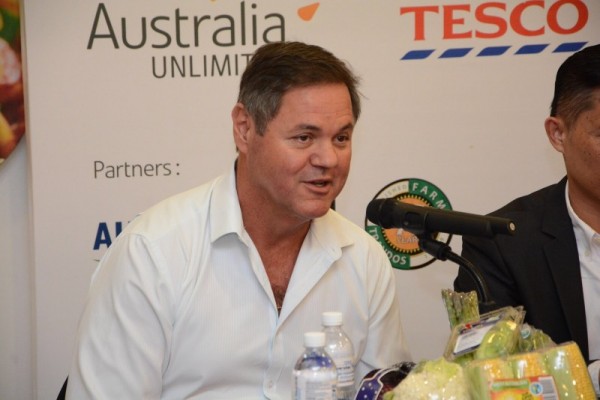 Jim Trandos, Trandos Farms’ Director of Marketing and Business Development was recently invited to Kuala Lumpur to attend the first ever Australian Produce Fair. The Fair was a joint initiative between the Australian Trade Commission and supermarket giant Tesco. Mr Trandos attended as the Australian vegetable representative.

“This was an amazing event and gave us the opportunity to showcase our fresh produce to a potentially huge export market,” Mr Trandos said. “I was very impressed with the many people we met from Tesco and they clearly run a world-class operation.

Mr Trandos said the Fair gave him and other delegates a unique opportunity to spend time with key decision makers from Tesco while they experienced the quality of Australian fresh produce first-hand.

“To say that they were very impressed is somewhat of an understatement,” Mr Trandos said. “We’re currently talking to a number of people in Malaysia and hope to be exporting to that country in the near future.”

The export of sweet corn to overseas markets is a significant component of Trandos Farms’ business strategy and the company already has export arrangements in a number of overseas destinations including the lucrative Dubai market.