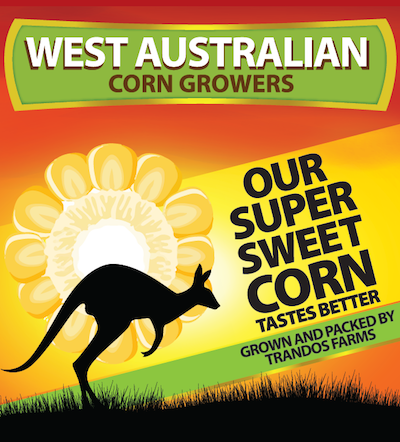 As part of the Australian Food Fair promotion, sweetcorn from Neerabup’s Trandos Farms was sampled by consumers in Malaysia.

Tesco Malaysia featured Australian vegetables, fruits, meats and seafood for two weeks and the feedback for the products have been positive.

West Australian sweetcorn tastes different to sweetcorn grown in Malaysia as they use different varieties and it is a lot sweeter.

Trandos Farms managing director, Jim Trandos said WA produce was generally regarded as premium food by Malaysian consumers. “Our product is marketed under the WA Corn Growers label.” he said. “Our packaging has the kangaroo and the sun on it, which is recognisable by customers.”

Malaysia is a traditional export market for fresh WA produce. WA products are well known and highly regarded for food quality and safety.