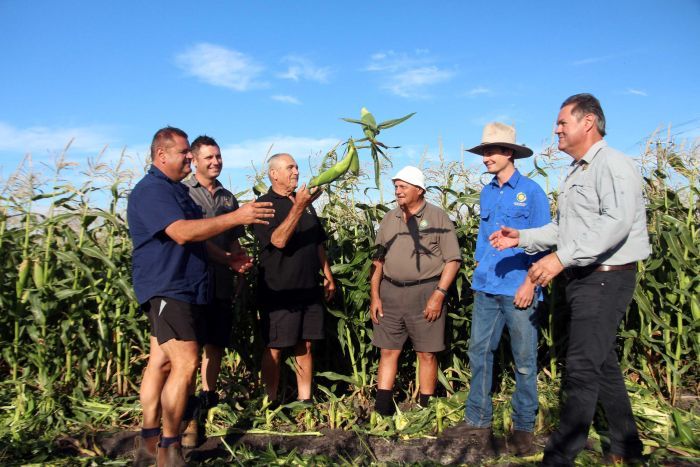 For more than 76 years, the Trandos family has been growing vegetables near Perth in Western Australia.

Their farm has grown over three generations from a plot in a swamp just north of the city to a multi-farm operation growing most of the corn on the cob and beans found in West Australian supermarkets.

Now the family is eyeing the export market and is already shipping sweet corn to a number of overseas destinations.

“If you want to expand, if you want to produce more, you’ve really got to look for overseas markets,” he said.

“At the moment with the Australian dollar being where it is, it’s not that difficult. “We will endeavour to try organics and see how that works. If it doesn’t work we’ll go back to a conventional production, but you can’t go the other way around. So because we’ve got an area of the property that has never been grown on, we’ve chosen to go after the organic market.” The operation is spread over three locations — a relatively new farm at Gingin, their original property at Wanneroo, and a farm at Broome. Mr Trandos said the diversity of climate across the state allowed for year-round production. “We produce for five months of the year in northern production in Broome, and seven months of the year down here (at Gingin),” he said. “The beauty of Western Australia is that in some places in the world you’ve got to go over three countries, but in WA you can stay in the same state, it’s unbelievable.”

The Trandos story began with Dimitrios Trandos, an immigrant from northern Greece who came to Australia in the 1930s.His family were farmers in Greece and he wanted to come to Australia to make some money for the family business and then return after a few years.

But World War II changed his plans, and after some time his wife and children joined him in Australia.

They began growing vegetables at Wanneroo, choosing swamp land that did not require irrigation.

After a few years the business grew and they moved into irrigated production across more land, and the evolution of the family business continued.

While the business has grown exponentially, the importance of family working together has not been lost.

“We’re very proud that we’ve gone to the state we are in now, supplying corn I believe to six or seven countries. I’m very proud of what we’ve achieved over the years and I think the third generation is doing a pretty good job,” he said.

For the full article see http://www.abc.net.au/news/