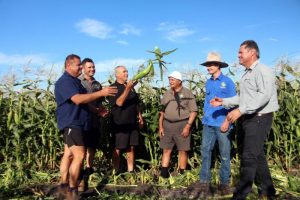 One of Australia’s largest producers of sweet corn and beans has reduced plastic packaging on its produce by 80 per cent, saving hundreds of thousands of disposable plastic trays from entering Australian rubbish each month.

After five years of experimentation, Trandos Farms managing director Jim Trandos said he had found a way to tightly wrap pre-packed corn using a method which did not require plastic trays….

Find the full article via this link